Monthly Temperature Trends for the past 112 years

Global warming theory says that the warming is not even throughout the year so lets take a look at the monthly temperature trends. The monthly plots from 1895 to 2009 are below along with their calculated intermediate term (33 year) and short term (11 year) moving average.

The January plots from 1895 to 2009 show the actual with trend lines. The moving average line for the 33 years and 11 years are both showing decreasing temperatures. 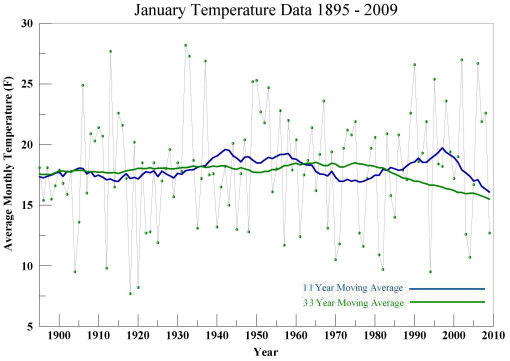 The February plots are showing a steady increasing trend for both the 11 and 33 year moving average. 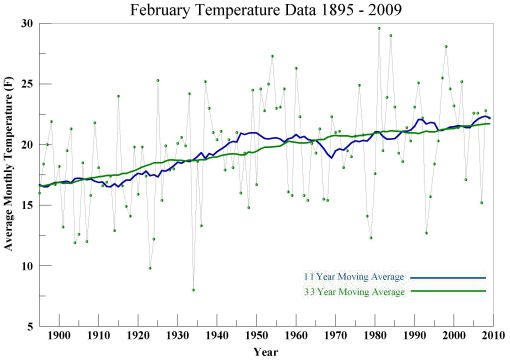 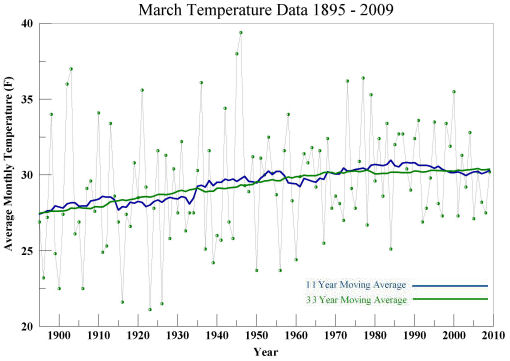 The April  plots are showing a steady increase since about 1970. 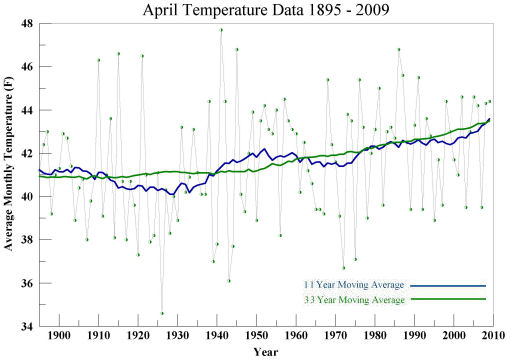 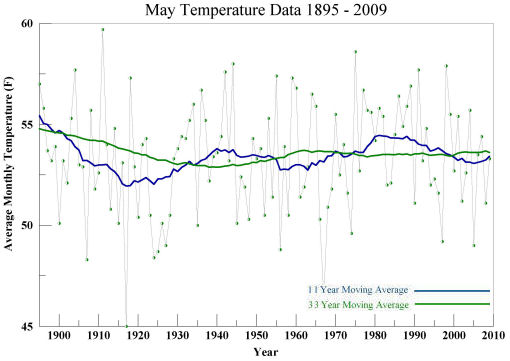 The June trend is currently showing a decline for both the 11 and 33 year moving averages. 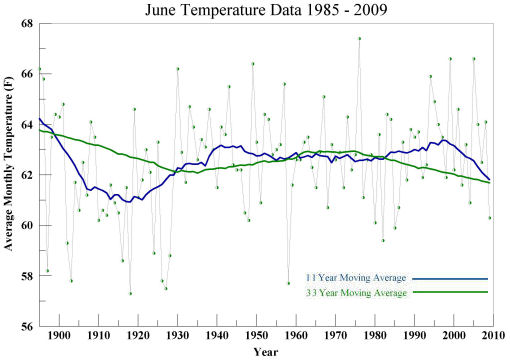 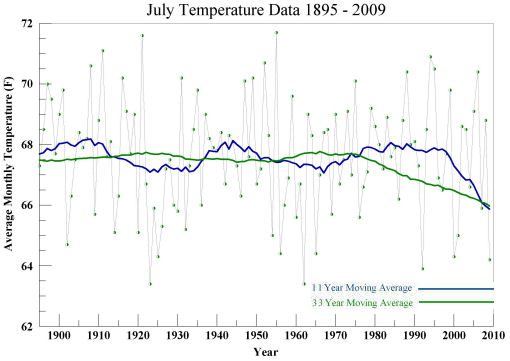 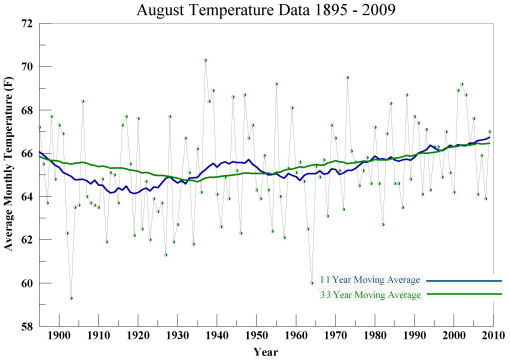 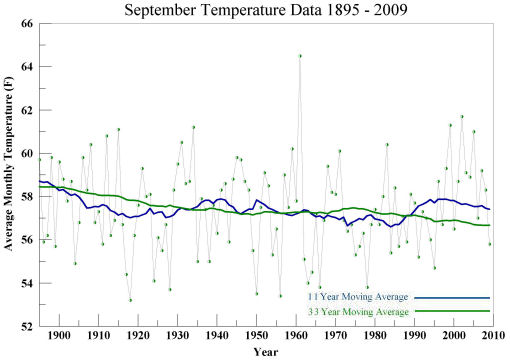 The October plots indicate a peak in temperatures around 1950 and a steady decline since then. 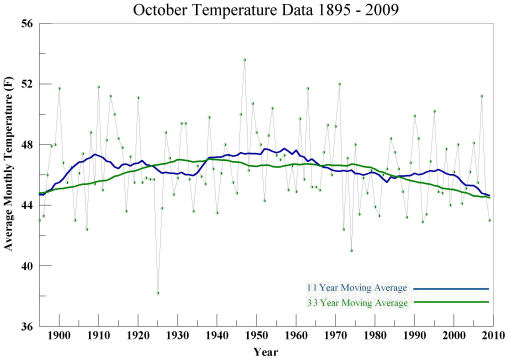 The November plots show a steady rising trend since the early 1990's. 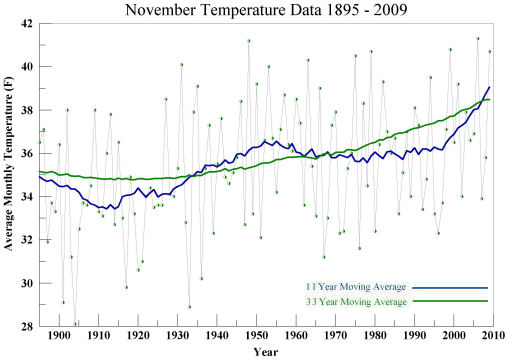 And finally the December plots appear to have peaked around 2000. 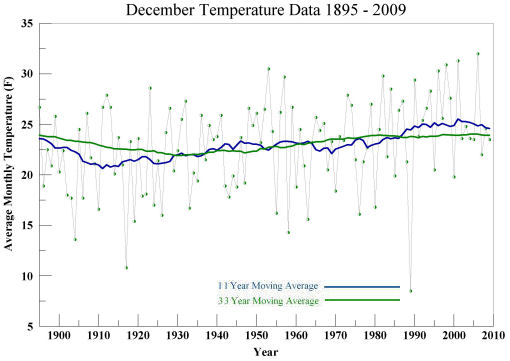 Summary of the annual average temperature trend by month for the past 100 years for both 11 and 33 year running averages. 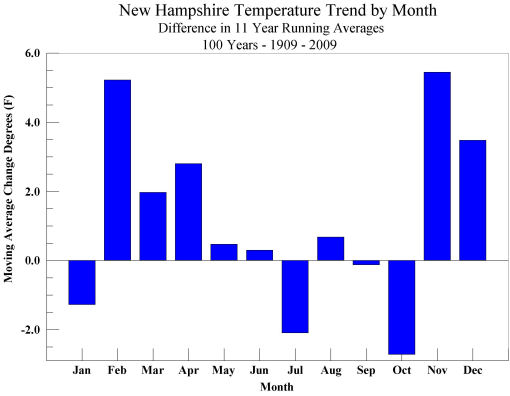 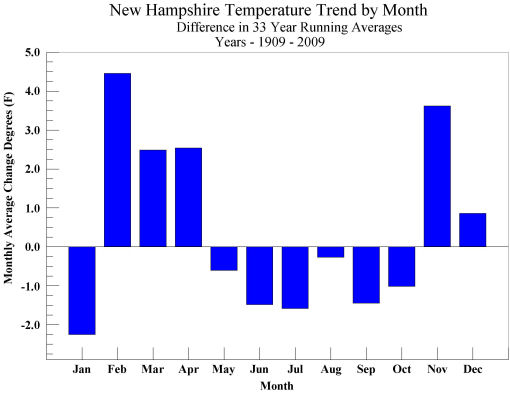 Well that's interesting but how does this effect the people of New Hampshire. Our heating and cooling bills are definitely the the first things that come to mind, first let's look at the way that our energy suppliers determine how much energy we use by looking at Heating Degree Days (HDD) and Cooling Degree Days (CDD).